Race to the beach

Saturday morning I was up early for the Boomer’s Run to Breathe 10K race. A portion of the race entry was a donation to fight Cystic Fibrosis.

I wasn’t feeling too great for some reason and I was a little worried I would either have to take a bunch of bathroom breaks or stop mid-race. It was really weird. I had felt fine all week, and then randomly Saturday morning I felt like I had the flu or something…

Anyway, the race started and as soon as I crossed the starting line I felt pretty good. There were only two times where I had a side ache. It was a hot day, but not humid which was great! I didn’t beat my 10K Mini time but I did finish in exactly 46 minutes, which is still awesome. I’ll take it! I even helped the Women Fylers get third place! 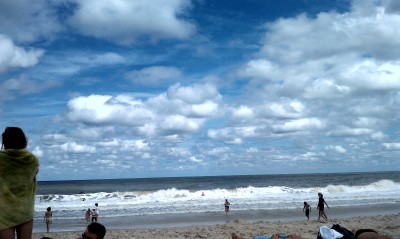 Right after the race was over I grabbed my bag and headed straight to Penn Station. Ryan and I had a beach day planned and I did not want to get there too late in the afternoon!

It was so relaxing and I think I got a little more tan… for me… I’m still really pale compared to the people of New Jersey and New York!

After laying out we headed to the boardwalk. Ryan wanted to play some games and I wanted food.

I think this was the first time I’ve been to the boardwalk with Ryan and he’s won. I pretty sure I’m bad luck. He won two huge candy packs for his grandpa. 🙂

And then these beauties happened. OH MY GOSH. This might be the best pizza I have ever had. If you ever go to the Jersey Shore please go to Maruca’s Pizza. I want a slice right now. Yum.

After dinner we headed over to Ryan’s grandparents house and called it a night. I had a looonnng Saturday,  but it was awesome. Beach day can now be crossed off the Summer List!

I ran 15 miles last night! On the treadmill!!! I felt good and I never got bored. I enjoyed some strawberry CHOMPS to give me energy and drank water during the run. It was a great way to end a nice and relaxing weekend.

Friday after work I went to the Metropolitan Museum of Art to see the Alexander McQueen exhibit… If you read the New York Times or any newspaper really, you’ve probably seen the pictures of the lines and lines of people waiting to see the exhibit in it’s last days. The wait on Friday night was three hours. THREE HOURS. I did go into the museum but just could not wait in line for three hours. If you know me at all, you know I don’t do lines. I did buy the book which is amazing. Put it on your birthday or Christmas list. It’s that good.

I let myself  be sad about not seeing the McQueen exhibit for about ten minutes and then quickly packed up my stuff and caught an earlier train to New Jersey Friday night. Our plan was to get to the beach early to avoid traffic… So I woke up at 6:20am on Saturday, got a quick four mile run in and we were all in the car driving to the beach by 8:10am.

Saturday and Sunday were spent lounging, eating, getting sun and playing with the puppy. Once back in the City I decided I had to get my long run in so I headed to the gym around 6:40pm (too hot and humid outside) and just ran and ran and RAN… And 15 miles happened. So exciting! I’m going to try for 18 miles next weekend in Central Park 🙂

And Happy Birthday to my friend Sarah!!! She’s the best!!! I hope you have a wonderful day!!! 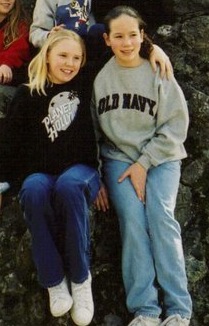 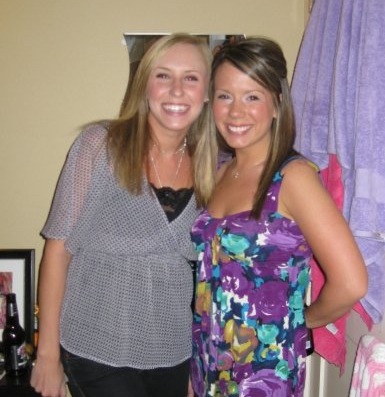 I don’t know why but I’ve been loving running on the treadmill at the gym. I don’t know what it is with New York Sports Club but I love it so much! I’m a workout/running nerd I guess…

Last night I ran eight miles on the treadmill and never got bored or annoyed. Okay, once I got annoyed because I accidentally hit the STOP button and I had to punch in all the information stuff and start up the machine again. But I loved my run last night. All eight miles of it.

This morning was a perfect morning. Not too hot, no humidity. Walking to the subway and getting to work in 20 minutes makes me so happy. Tonight after work I’m going to the Metropolitan museum (thanks Dad!!!) to see Savage Beauty, the exhibit with Alexander McQueen’s amazing fashion. It’s the last night of the exhibit so hopefully it’s not too crazy and crowded!

Saturday I need to get in a four mile run and then we’re off to the beach to visit Ryan’s grandparents. I’m really excited!

I’m so happy that I’m back to having fun and running the miles I need to run in order to prepare for the marathon. It makes me feel good 🙂

It’s been a crazy couple of weeks. Searching for an apartment in Manhattan, finding one, applying for it, being approved, packing and moving… Oh, and then going on a little weekend getaway. Needless to say, I’ve been so busy and running did not take precedent.

The past two weeks I only ran eight miles. TOTAL. But I’m okay with it because I now have a fantastic place to live with a great roommate and I enjoyed a wonderful “mini” vacation!

With the Portland Marathon just two months away I need to really amp up my mileage and make running my #1 priority.

So. New month means I’m starting fresh and I’m going to really train! Monday night I joined New York Sports Club and ran a great six miles on the treadmill. The gym is four floors and really nice. The other plus. It’s around the corner from my apartment!

Tonight, Friday and Sunday are my running days. Sunday I’m hoping to do 14 miles…

Here are some pictures from our trip to Cold Spring, New York. The best little village in america 🙂

Ryan playing with his new camera! 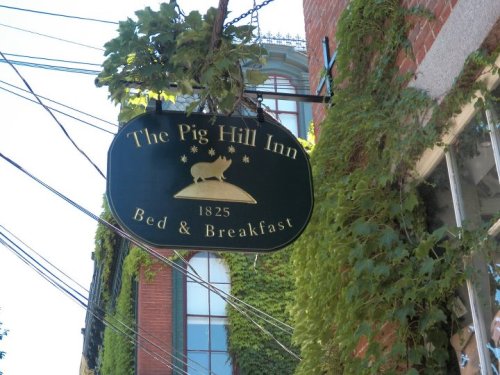 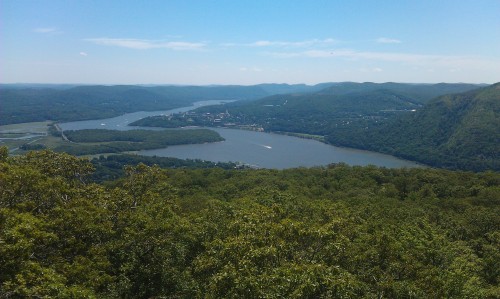 We went on a five hour hike. Really fun! But I was super tired afterwards. 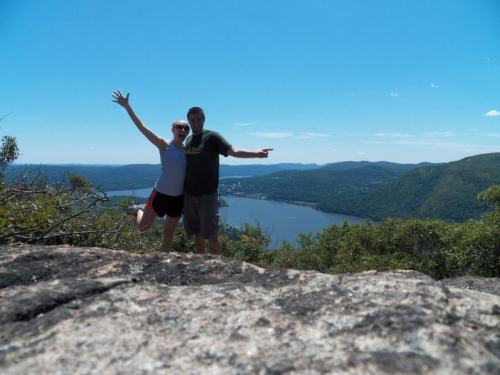 Sunny Days and Lots of Running

What a fun weekend I had in New Jersey! So relaxing and nice.

We did get to the beach but it wasn’t nice enough to lay out for the day. We walked around the boardwalk and had lunch which was relaxing. We then headed back to Ryan’s parent’s house to celebrate Bailey’s first birthday!!! Ryan’s mom got all the dogs dog ice cream and they loved it. 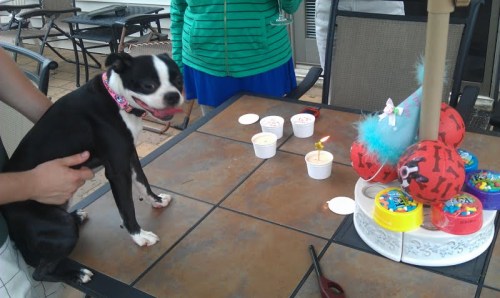 Sunday Ryan and I went to a park near his house and ran. I got 6.25 miles in which was great and a little bit of a tan too.

This morning I woke up early and ran on the treadmill. 5 miles! I felt good and I was happy to start my day off in such a great way.

It’s super nice outside and I’m wondering what I should do tonight! I really want to take advantage of this beautiful weather! Random: Did you know that museums in the city close around 5:30pm!? Why??? I really wanted to go see the McQueen exhibit at the Met… Though I really should clean my apartment and do laundry…

Yesterday the weather was just perfect. No humidity and at the hottest maybe 85 degrees. I was in heaven.

Ryan came to visit me in Yonkers which was a great surprise. However, I was nervous I wouldn’t want to run the 5 miles I had planned for the night. I really wanted to run outside and he wanted to use the gym equipment so we split up.

All day I was excited to run outside. I felt good, was proud that I was doing so well with my first week of marathon training. But, when I started to run my legs felt like blocks of cement. It literally took me about 3 miles to feel “warmed” up. So strange! I really wanted to quit but I just kept at it. Whenever I feel like stopping mid-run I think, “You will feel way worse at mile 23… Keep going!!!” After my little inner pep-talk I just kept trucking along and finished the five miles!

After our separate workouts Ryan and I decided to order pizza. Ryan ordered BBQ Chicken pizza and to my surprise I really liked it!

Tonight I’m treating us to Sushi… Are you surprised?!? And then we’re off to New Jersey to celebrate Bailey the puppy’s FIRST BIRTHDAY and we’re going to go the beach. (8 mile run will happen) Yes, the Jersey Shore. No, we’re not like the show… I can’t wait to just relax and soak in the sun. Don’t worry Mom and Dad, I packed sunblock 🙂